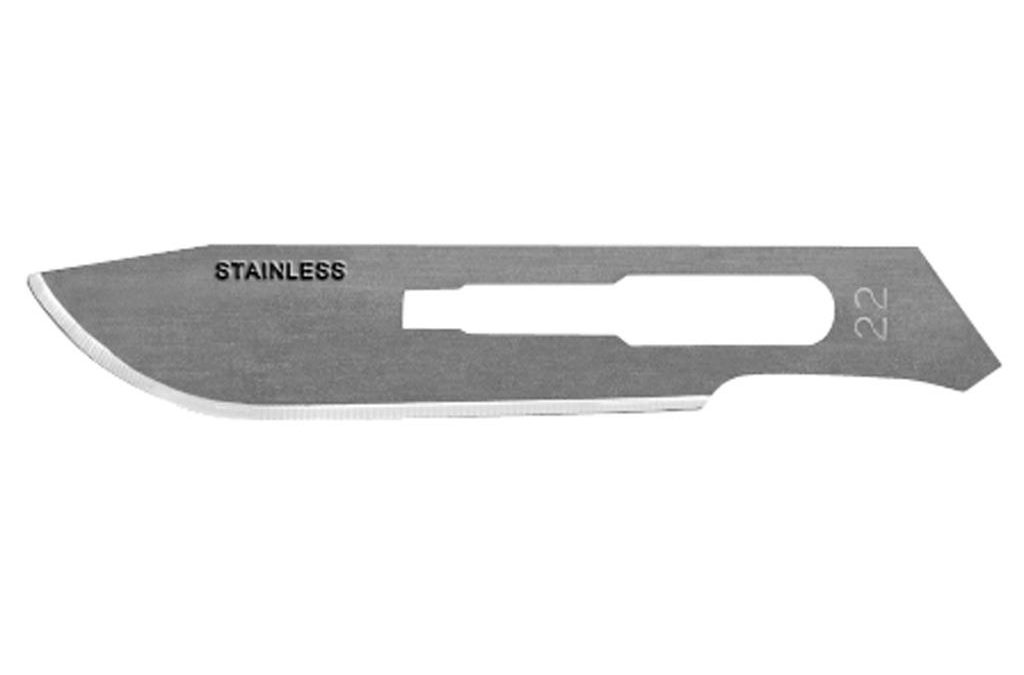 I’ll never forget my first hunting knife. It was a fairly well known Ruko Old Timer. It was used for everything from bailing twine, skinning raccoons, beavers, dressing big game, and opening a can of beans…in no particular order! I also remember the motion and techniques of sharpening that knife and many other knives since then. The consistent glide and angle on the wet stone, honing the blade to the point of “shave sharpness”. Am I the only one who finds sharpening a good quality knife slightly therapeutic? It may seem like a useless waste of time these days but I still find it satisfying!

Nowadays, the art of sharpening and the pride of owning a quality knife that has skinned a buck and dressed an elk seem to be fading. Where’s the nostalgia in a blade you discarded? Like many things in present times – a razor sharp knife is simply a commodity. If we want a razor sharp blade, with minimal effort we simply throw the old blade away and replace it with a new one. That’s it. No more perfecting the technique of honing the edge on a wet stone. Oddly to me, this also means no more knives that posses their history in the same way. There’s a bit of a disconnect. The nostalgia of dressing your first trophy elk with that old buck knife of your dad’s has faded. Or reliably skinning your seventh buck seems somewhat diminished with a throw away. Knives are sort of  like an old “hand me down” rifle. Have we surrendered one of man’s most iconic and prized tools used for thousands of years, for a replaceable, disposable counterpart? Or are knives just that, a tool and nothing more?

Ok, getting little more practical – let’s look at the advantages of both.

Razor Sharp In Seconds
Convenience! The major and obvious advantage is one can have a razor sharp, literally scalpel edged blade in a quick and usually easy swap. When dressing big game, a sharp knife is important. But how sharp is sharp enough? I’ll get to that shortly.

Size and Weight
Although, this entirely depends on the make and model, some replaceable blade knives can be extremely lightweight. Even when carrying extra blades. Take the Tyto 1.1 for example, this thing weighs in at only 1.5 ounces and is one of the highest quality replaceable blade knives on the market. Oh, Tyto also carries sweet fixed blade options, if you’re a caveman like me.

Easy To Clean
Many but not all, replaceable blade knives are super easy to clean. Having few nooks and crannies for stuff to get stuck in makes it them often times easier to clean then say your lock blade. Also, you can simply swap out for a “clean blade” when you wish.

Manual Labor Not Required
Obviously, you can ditch the wet stone, diamond stone, or whatever sharpening apparatus you would had for your traditional knife. Like plastic silverware, just discard and replace.

Though subtle, you’ve probably picked up on my somewhat bias tone! If you’re a replaceable blade loyalist, good for you! Truth is, this is only one man’s opinion. Everyone has their likes/dislikes and preferences. Rightfully so! I’m not here to tell you this is better than that – only to share my experiences and reasoning behind my opinions. I’m perfectly content dragging my knuckles in the dirt and honing the edge of my trusty fixed blade while you, in your own right, simply swap a used blade for a fresh one.

Razor Sharp In Seconds
Ok,  it might take a few more seconds, a quality knife that’s been previously and properly sharpened can be right back to razor sharp in a matter of seconds. Simply “touching up” the blade in the field when needed is all it takes to get back to work.

Sturdiness
This might be what I find most important about a good hunting knife – having a sturdy backbone. When you’re carving 70lb-80lb hind quarters off an elk, this matters. It matters because you’re dealing with some serious bone, tendon and mass. Though not ideal practice, sometimes your knife needs to not only cut, but pry, leverage and break it’s way through a job. So far, I have not found a replaceable blade that is capable of this kind of abuse. I suppose with enough time and a heavy amount of patience and finness one could “surgically field dress” an elk, moose or other big game animal, without requiring brute force. I have none of these in most circumstances.

Longevity
A quality blade, using the right sharpening techniques and avoiding shear abuse will last a very long time. In fact, there’s no reason a quality, well taken care of hunting knife should last you a lifetime. Heck, you could even give it to the next generation hunter in your family along with all it’s stories, history and signs of many honing sessions.

Reliability and Safety
In the field, you’re generally going to be carrying a finite amount of replaceable razor sharpness. With replaceables, in most hunting situations, you’re most likely going to need 4-5 replacement blades. For example, my last experiment with a replaceable blade, I used six replacements while quartering a bull elk. Twice I lost a blade somewhere in the mass of meat, only to recover later on, one or two broke and they did not hold an edge very long. So, I found myself periodically and precariously releasing the old blade and replacing it with a new one.  As you may or may not know, field dressing a large animal like an elk is not a pristine and without blood and gore process. Its messy! You don’t have the luxury of frequent hand washing, so changing blades is a process all its own and can dangerous if you’re not paying attention, though some knives are safer than others. I will say, with blood soaked hands avoiding a slip that could require stitches or worse takes great caution, be careful!  Nevertheless, I have performed the same quartering methods numerous times with one knife and one edge from start to finish.

This might sound strange but to me it seems there are varying levels or types of sharpness. Maybe not on a scientific, metallurgical level, but in in the field. In a sense there’s razor scalpel sharp, like what you find with replaceable blades and then there’s durable “razor” sharpness. I’m no expert but the fine scalpel edge is very sharp. Think surgeon sharp. However, a well honed fixed blade can get really sharp but not surgeon sharp, the edge is too coarse at the microscopic level. This “course-ness” does however give a fixed blade a different kind of sharpness, a microscopic serration of sorts that helps “saw” through tough jobs and also last longer in most circumstances.

Which do you prefer a fixed blade or replaceable blade hunting knife?

Jay spent his youth in Southern Utah, arguably some of the best elk and mule deer country on earth. He has spent countless hours hunting and fishing in Utah and Colorado. Jay developed a lifelong passion for the outdoors and a true appreciation for nature and wild habitats at a very young age. These days, Jay spends his time chasing elusive bucks, bulls and other game all over Utah, Colorado, Nevada. He currently resides in Heber City, UT with his wife and son. Follow Jay on Instagram @jay_intheusa

What You Need To Know About Arkansas Big Game Hunting